The Web Development course is designed to help students develop professional websites/portals. This course will help students understand how the web engine works. Through this course, students will be made comfortable with Javascript for both Frontend as well as backend use-cases.

Our course is a project-based web development Full Stack course with backend in NodeJS. In this course, students will start building their website from scratch and will need to think like professional developers. Students will be aligned with a mentor who will guide them while they work on web development projects. Our FullStack Web Development course enables students to go live with their websites and add flair to their resumes.

A website with great functionality must be complemented by top notch User Experience and a neat Responsive User Interface. Our course covers building both common and upcoming UI/UX patterns in Bootstrap and how to get started with frontend frameworks like Ember and Vue.

Socket.IO is a Javascript library for real-time applications. You'll learn how to enable real-time communication between web clients and servers to build some awesome chat systems and multiplayer games.

You will learn how to use both relational and non-relational databases with MySQL and MongoDB. We also cover Sequelize which makes the database query writing process a little easier!

GET FREE ACCESS TO ONLINE COURSE
Our Online courses are an exact replica of our Classroom programs. Once a student completes their course, we provide them access to the Online course as well to make sure they can revise at their will. Each Online course comes with Mentor support Hands on coding assignments, exclusive access to our online IDE, Hackerblocks & Doubt resolution;

The building blocks of web pages - HTML and CSS. Learn how to use the latest HTML5 web development technologies along with CSS3 stylesheets to create responsive eye-catching web sites. We also cover UI design patterns like:

HTML and CSS brings the content and design together, while Javascript is at the heart of all action. Learn to act on events like 'clicks', 'hovers' and 'drag and drop'. Javascript is one of the most powerful and ubiquitious languages in modern software development and our course covers it in depth including:

Before we move on to backend development, we will briefly touch upon usage of Unix based systems. More than 80% of the world's servers are hosted on Linux machines, and any web backend developer is expected to know basic DevOps and SysAdmin skills in order to manage a Linux OS. Also - Git, which is the most commonly used version control system - is one of the most helpful tools for working on large projects or in collaborative environments

Javascript is not just only on the frontend, but a potent force on the server too. Built by Ryan Dahl in 2009 as a platform to run JS code on bare metal, NodeJS is currently the fastest growing ecosystem. We will cover:

What is a server if it cannot store data on databases. We will cover storing data in:

Finally, we will cover adding basic security to websites including user authentication and authorization, SSL transport, checking for SQL injection and other vulnerabilities. We will also cover how to deploy your server to commonly used infrastructure providers like Amazon Web Services, Google Cloud or DigitalOcean 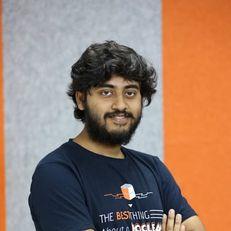 Arnav Gupta, also popular as @ChampionSwimmer, is an acclaimed Android developer and two timer GSoC-er. He has presented at large conferences like JSFOO, DroidCon, FOSSASIA and OSDConf. He has also worked with Sony, Micromax, Cyanogen and the likes. Arnav has also active contributed int the development of Android OS, Linux Kernel and will also be mentoring students in GSoC’17. 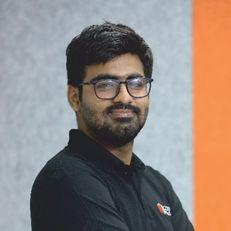 Always ready for a Chess match and a cup of coffee, Aayush is a team member and an active contributor in Open Source organizations like CloudCV, FOSSASIA and Open Design. He is an avid web developer and will also be mentoring students in Google Summer of Code 2017.

(Drop a line at admissions@codingblocks.com if you have further queries)

What our students say